The punch line to an often told joke suggests that the reason medical journals use technical jargon is to make sure that only doctors understand the message. With regard to recent medical journal discussions of alcoholic beverage doses and blood alcohol levels, however, a not-so-funny result of the latest extreme in technical jargon is that even doctors often don't understand the message. In an attempt to develop an "international standard" for measurements described in scientific publications, the so-called Systeme Internationale requires that journals describe doses of beverage alcohol in terms of "grams," rather than "ounces," and the blood levels are described in terms of "millimoles per liter," instead of the usual "percent of alcohol by volume" measurement.

This means that, instead of describing the ingestion of two, twelve ounce beers containing one ounce of absolute alcohol, the medical journal speaks about ingestion of 28.5 grams alcohol. Instead of describing the level of alcohol in a patient's blood as 0.10% (or 100 mg/dL) the level is described as 22 mmol/L! This system certainly is confusing for the layperson, and is likely to create comprehension problems for many physicians as well. 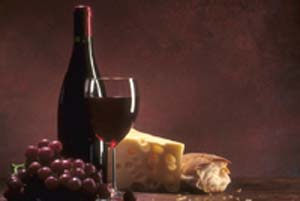 A "millimole" is one one-thousandth of a "mole." A "mole" is defined as the amount of a substance contained in exactly 6.02 x [NOTE: This number is and should be reading as "ten to the twenty-third power."] molecules of a substance (6.02 x 1023 is called "Avogadro's number," and is the number of atoms in 12 grams of pure Carbon). What that has to do with a person's level of intoxication is beyond most people's comprehension. Any physician whose mind makes such a logical connection is likely to be unable to communicate on a level his or her patients can understand. Anyone who orders drinks by the gram will probably be presumed to be intoxicated and refused service!

Add to this discussion the differences between measures of the percentage of alcohol "by volume" versus "by weight," different systems of measuring the "proof" of an alcoholic beverage, medical versus legal standards for measuring blood alcohol levels, and discussions of calorie content and specific gravity. If you are confused, you are not alone.

The strength of an alcoholic beverage is usually expressed as either the percentage of absolute alcohol by volume, or as "proof." In the USA, proof is a measure of the amount of absolute alcohol in distilled spirits, and is calculated as the number of parts of alcohol in 200 parts of beverage at 60 degrees Fahrenheit (a beverage that is 50% alcohol is "100 proof;" a beverage that is 43% alcohol is "86 proof"). Under the American system, one "proof" is equal to one-half percent of alcohol by volume.

The concept of "proof" emerged prior to the 18th century, when few people had the equipment necessary to make precise measurements of the percentage of alcohol in a beverage. Exotic formulas, such as igniting a mixture of equal parts of the beverage and gunpowder, were used to test the proof of distilled spirits.

The dose of alcohol is calculated by multiplying the volume of an alcoholic beverage by the percentage of alcohol by volume. For example, twelve ounces of beer that is 4% alcohol by volume would have a dose of 0.48 ounces of alcohol. Pure alcohol (100% alcohol) is called "absolute alcohol." Absolute alcohol is alcohol without any water molecules in it. Alcohol produced by distillation contains water molecules that are very hard to remove. The strongest readily available alcoholic beverage, often called "neutral grain spirits" is about 95% absolute alcohol (190 proof). It is possible to manufacture absolute alcohol, also called "scientific alcohol," by synthesis.

Some typical servings of other alcoholic beverages do NOT contain a single drink equivalent. They may contain more or less alcohol than is found in an "average-sized" dose of alcohol. Examples include:

The most common system for measuring and reporting Blood Alcohol Levels (BAL) is calculated using the weight of alcohol (milligrams) and the volume of blood (deciliter). This yields a Blood Alcohol Concentration that can be expressed as a percentage (ie. 0.10% alcohol by volume), or as a proportion (ie. 100 mg. per deciliter). This system is the one prescribed by almost every state, and is sometimes referred to as the "weight by volume" or "w/v" method.

A few states prescribe a "weight by weight" or "w/w" method (milligrams of alcohol in milligrams of blood). For forensic evidence purposes, the w/w can be calculated by dividing the w/v by a factor or 1.055 (the average specific gravity of blood).

Although most evidentiary rules specify that the proportion of alcohol in the whole blood be used to measure the level of intoxication, most hospitals routinely calculate the proportion of a drug in the plasma portion of the blood. While this measurement is the most useful one for medical purposes, it is not the appropriate one for most legal purposes. Since the addition of red and white blood cells would add to the blood volume that dilutes the alcohol, using only the plasma fraction would result in a percentage of alcohol that is higher than would be found in whole blood. Although there is some variation from person to person, depending upon the density of their bloods, the average adjustment factor is 1.16. In other words, to estimate the alcohol level in whole blood using the alcohol level in blood plasma, divide by 1.16. For example, a plasma alcohol level of 0.15% would convert to a blood alcohol level of 0.13%.

Alcohol and the Impaired Driver: A Manual on the Medicolegal Aspects of Chemical Tests for Intoxication with Supplement on Breath/Alcohol Tests. Chicago: National Safety Council, 1976.

The opinions expressed herein are those of the author and are not necessarily those of the Trustees of Indiana University or of the Indiana Family and Social Services Administration - Division of Mental Health.